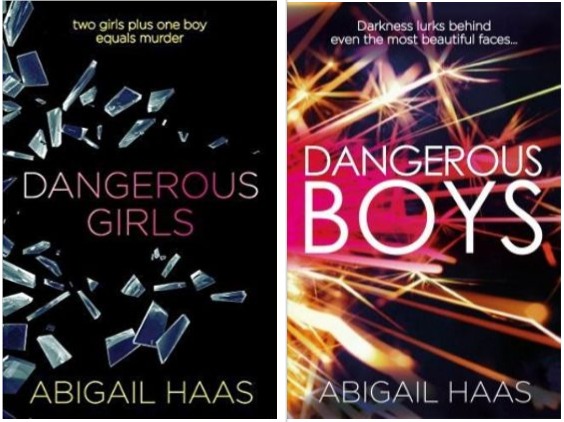 “Any one of us could be made to look a monster, with selective readings of our history.” – Dangerous Girls

We all have a list of those books that we intend to read but subconsciously keep delaying for some reason. For me, it was the work of Abigail Haas. Last month, I finally decided to read Dangerous Girls. Goodreads was brimming with amazing reviews for this book and it also fulfilled one of the conditions I am imposing on my reads this year: should not be set in U.S. or U.K..

Don’t get me wrong. I have nothing against these places except that I feel saturated with thrillers pacing around Big Ben and Central Park. In this attempt to explore the diversity of stories set around the world, I read Tana French’s Dublin Murder Squad series and loved it. Coming back to Dangerous Girls, it is set in Aruba, people!

It is a teenage thriller, so I had my doubts in the beginning. There’s often too much of hormones in teenage books and I just can’t read them with a straight face. However, Dangerous Girls was worth the occasional teenage drama, trust me. It is a court procedural and it has one of my favourite twists of the year. There’s just so, so much that I want to say right now but I don’t want to ruin it for you.

I was so impressed by this book that I decided to buy her next title Dangerous Boys right away and finished it in one sitting. It is set in U.S., thereby breaking my current reading rule, but I couldn’t care less specially in the middle of a reading spree!

“We’re all irrevocably trapped inside our own minds: just as it’s impossible for anyone to truly know us, we can’t begin to hope to know anyone else.” – Dangerous Boys

The fluidity of scenarios and characters in both her titles is very smooth. For the moment, you will find yourself by the side of characters, descending into their unique madnesses alongside them. Trusting them and sympathising them. Hating them and fearing them.

With an interesting plot development and gripping writing style, Abigail Haas’s dangerous lot, as I like to call her characters now, is going to baffle, disturb and delight you, all at the same time. Happy Reading!

14 thoughts on “The dangerous lot of Abigail Haas”