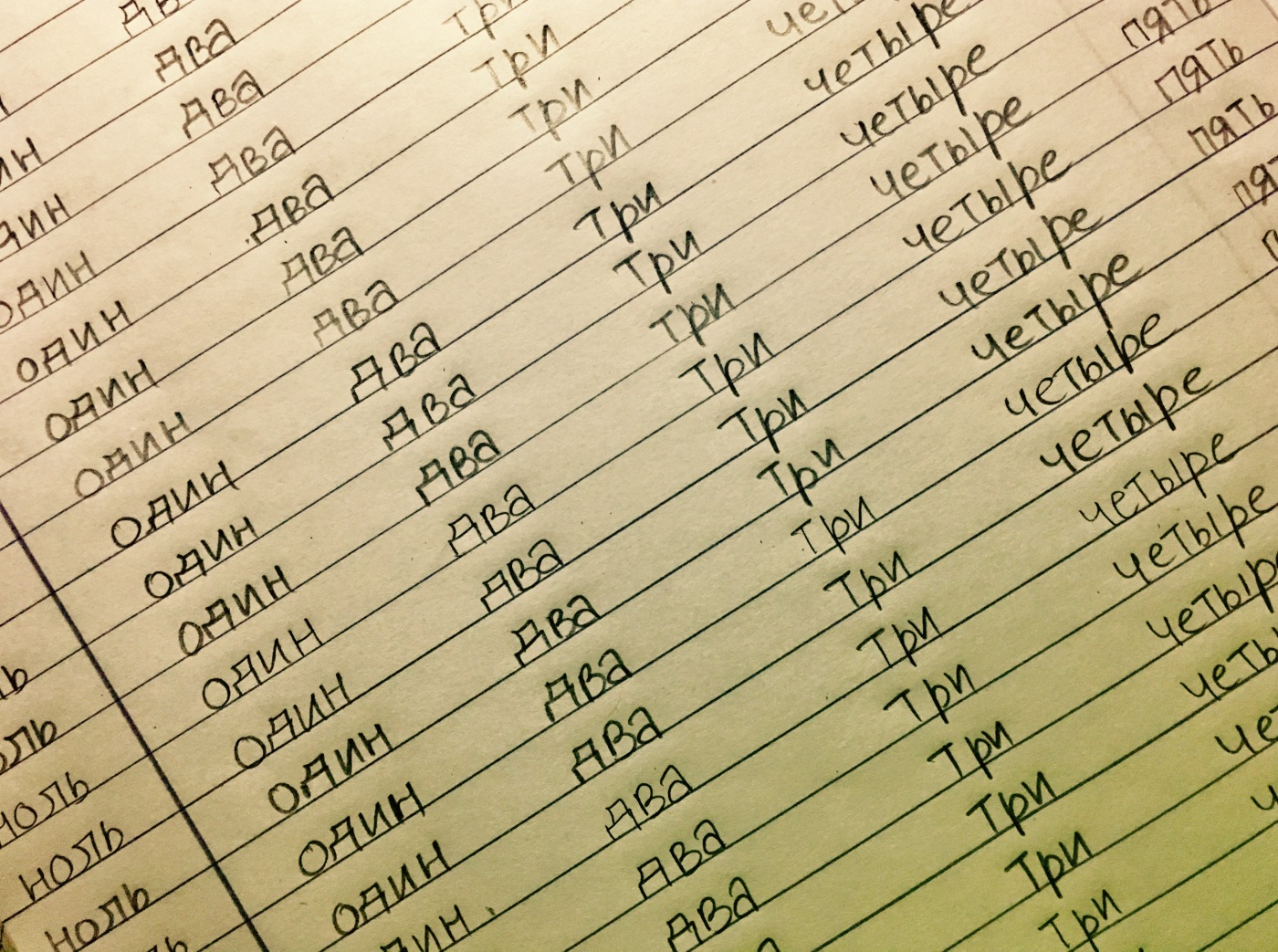 If I have to choose one word to describe my Russian practice over the past week, it would be ‘Maths’. I practiced writing names of Russian numbers AND struggled way too much getting singular-plural exercises right. Phew!

I spent three days travelling this week, which meant more of Duolingo and less of writing practice. Overall, I managed two 45-minute sessions of writing alongside several Duolingo sessions on the go. Russian language has several sounds that aren’t used in either English or Hindi, so I have been struggling with pronunciation of the vowels themselves. I specially struggle with the ы sound, so imagine my reaction when I learned that it is frequently used to write plural form of several nouns!

To add to the fun(?), I kept getting the word есть repeatedly wrong as it translated to ‘eat‘ and ‘have‘ pretty randomly, resulting in questionable translations such as These men eat children and so on. As it turned out, the Russian verb for ‘to eat’ and ‘(it) is’ are homonyms. It is like the verb ‘lie’ in English, which is written and pronounced the same but means both lying down and speaking untruths, and is understood in context. As I mentioned, fun kind of week 😀

My new-found familiarity with Cyrillic alphabets allowed me to pronounce written Russian correctly, but speaking it in flow was a whole other story. Still, the saving grace of my week were some wonderful answers on Russian culture that I read on Quora. It’s always a joy to hear of a place from the eyes of its natives, so that was a blast. Hope the next week goes well too. До скорой встречи! (Do skoroy vstrechi!)

P.S. Keeping up with my cover picture tradition, this is a shot of my notebook where I have written the words for Russian numerals, starting from 0 to 5. Moreover, До скорой встречи is Russian for ‘See you soon’!
Week 2 Update
Why am I learning Russian?
Week 4 Update